Many parents have 4 Year Old Tantrums And Hitting problems.

Tantrums are a normal part of your child developmental growth. As they grow both mentally and physically they start to piece together the necessary behaviour they need to show to get the things they want.

Sometimes this accelerated learning can come at a high cost as language can take longer to catch up.

Your child may experience very aggressive tantrums due to accelerated learning. This means that your child will be able to understand exactly what it is they want but won’t have the necessary vocabulary to express it to.

This gives them emotional grief and anger which in turn leads to emotional strain. All of this upset is the contributing factors for most tantrums in children.

They know what they want but can’t express it to you.

At 4 your child is old enough to be able to express the majority of basic needs. Whether it’s a drink, something to eat, or the potty, he will be able to tell you in very clear words what he wants in any given moment.

As they reach each developmental milestone they can sometimes revert back to previous bad habits and fall out of sync. With increased stresses or strains in their lives, this emotional overload can spill over into their behaviour causing 4 year old tantrums and hitting.

Here are the 3 main reasons children have tantrums:

You want them to do 1 thing and they want to do something else. Boom – instant tantrum. Your child is expressing to you, in no uncertain terms, they don’t want to ‘Put on the white socks’ they want to put on the ‘Blue ones’ instead.

Big emotions lead to bigger tantrums. As your child learns to deal with their emotions, like sadness, anger, fear, they can burst into emotional overloads which can spill over into behaviour.

I need attention! Your toddler will resort to any tactic to get your attention even if that is aggressive or disruptive behaviour. Getting you to play with their new “Paw Patrol” toy doesn’t seem important for you, but for them it is.

If you don’t match their desire for the attention, they’ll just think about other constructive ways to get it from you.

Your child’s behaviour is essentially their way of speaking to you non verbally. It’s a clear sign of anger, fear or sadness that your child is resorting to hitting instead of using words or other non-violent methods to communicate.

Here are some smart ways to stop your child from hitting you:

1. Hurtful and unsafe behaviour has to be stopped

You first need to restrain yourself and your toddler from getting hurt (some toddlers hit themselves when they feel angry) Everyone needs to remain safe. This may involve you physically getting in the way or holding your child’s hand or foot to stop the attack.

Next, try to calm him down with your voice in a polite and friendly tone. Say, “We do not hit, it is very naughty to hit others and you could have hurt me”

If he is still raging then hold him firmly but don’t obstruct him in any way. Now say, “I’m going to hold you for a few seconds until your body is still’

Give him a few seconds and see if it works. Your aim here is to slow his breathing down and try to get him to get out of the ‘Rage mindset’ which is responsible for the hitting.

2. Never retaliate with harsh words or anything else

Your child is displaying to you that he is probably scared or upset and you are the only person he can display this too. Remember that this is his safe place to vent his emotions.

You can’t effectively parent if you are raging yourself, are angry about what has happened or feel as if your toddler is hitting out of spite. Try to take a time out if you can and come back refreshed and in better shape to effectively overcome the challenge.

3. Listen to your child

Continue to repeat the reason why hitting is not appropriate behaviour. Get down on their level, make yourself open and welcoming and try to be receptive as possible.

Children usually hit as a last resort and will do so to show they are deeply upset or sad about something else. If you can get to the bottom of the issue then you can help calm your toddler down and get him back to normal faster.

Once he has calmed down over-explain yourself. You want to make sure you cover all bases and your job is to try your best to express what the initial problem was in the first place.

“Sweetie, I know you wanted to watch that film, but it’s a bit late now and soon it will be bedtime. I understand that you’ve been waiting all day to watch it and I know how much you love it. However, it’s bedtime soon and we won’t be able to watch it all before it’s time to sleep. You must sleep soon as you are tired and you will feel much better once you’ve had a good rest”

5. Remind him that this is his safe place.

Use your lap, a chair or your arms to display this. In this safe place remind him that he can be open and expressive as much as he wants and that you will listen to him until we’ve solved the issue.

Correct him if he tries to lash out and explain that hitting will not give him to what he wants it will only make things worse. Say,

This is a very important point for him to see and you to demonstrate. He needs to feel safe in your arms (or a chair) and know that he can try to express what he wants to without you getting angry at his attempts.

Remember the hitting is not out of spite but is a normal expression of his feelings and his inability to express his point directly across to you.

You are absolutely everything to him so he needs to be reminded that in the good times and bad times he can come to you for everything.

4 Year Old Tantrums And Hitting: What To Do Next

Once the ‘fight-mode’ has been turned off you can continue to talk about what has happened, remind him why it was not acceptable or normal behaviour and then re-enforce him with the correct behaviour next time. Say,

“Sweetie, next time please use your words and your inside voice. If you feel upset or angry you can come to the safe place and we can talk all day about it, is that ok?’

Having your child’s basic needs met and following a good routined day will reduce a high percentage of all tantrums before they even start.

Next, try to keep your feelings in check and talking through aggressive behaviour as a smart way to limit tantrums and help reduce the effects when it does happen.

Try to remove your child from areas where there is aggression such as TV programs, friends and environments that promote disruptive behaviour.

Children copy other children primary so understanding where this aggressive behaviour comes from is a smart step to ensure it is reduced.

Why Is My Child Acting Out All Of A Sudden? 8 Smart Reasons

Other Parents Complaining About My Child – 5 Actionable Tips 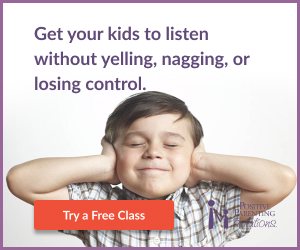