Skip to Content
Home / Parenting / Is Shut Up A Bad Word? 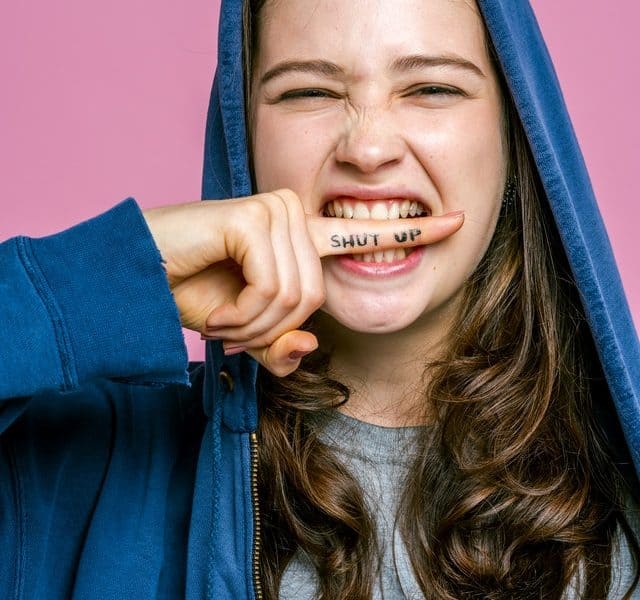 Is shut up a bad word?

The phrase shut up, like music, can also be tagged as a universal language.

Every language in the world seem to have a direct translation of this word, and make use of it in their everyday communication.

Shut up is also a phrase that has been around for centuries, even though the meaning may have changed a number of times over the years.

Its perceived tone also has changed over the years and these days, its tone ranges based on the user’s emotional tone, mood, and context, sometimes good, and other times very bad.

Whether you’re dealing with an argumentative child or just curious, we’ll have all the answers here.

This article is to determine if the use of the word Shut Up is bad.

Quick Contents show
1) Is Shut Up A Bad Word?
2) Origin and Development of Meaning
3) The Variations of Shut Up
4) Alternative Meanings of Shut Up
5) Summary
6) Frequently Asked Questions
6.1) Why shut up is a bad word?
6.2) What can I say instead of shut up?
6.3) Is shut up a slang word?

Is Shut Up A Bad Word?

According to Dictionary.com, shut up is an ill-mannered way of telling another person to stop talking.

Its use can also vary as an exclamation for either amazement or excitement.

The definition above is based on the present or modern-day use of the shut up phrase in conversations, different relationships, and daily-to-day use.

The Wikipedia definition is a bit more expansive and looks at the use of the word for at least a century.

According to the free-internet based encyclopedia, shut up is an imperative instruction that has a meaning that is almost identical to be quiet, but which is commonly interpreted as a forceful command.

The phrase is most likely a short form of “shut up your mouth” or “shut your mouth up”.

The use of shut up is deemed impolite and rude, and in some rare cases, it is viewed as a type of profanity.

In the definition above, the use of the word as profanity dates as far back as the late 19th century and early 20th century.

Origin and Development of Meaning

Shut up wasn’t originally used as a forceful command or a direct command before the twentieth century.

The meaning of the word was also different from its present-day use as well.

Shut up in the fifteenth century was used as a verb and meant “to secure something away in a receptacle”.

Other meanings of the word in the 1500s include “to bring to a conclusion,” “imprison someone,” and “to shut one’s doors and windows.”

The word shut up also appeared in Shakespeare’s King Lear in the sixteenth century as “Shut Up your doors” when Cornwall and Regan gave a piece of advice to the King at the end of scene II.

In the 1600s the word will be used in the King James Version of the Christian Bible, “then the priest shall shut up him that hath the plague of the scall seven days” when instructing priests on what to do after determining certain symptoms are being exhibited by an individual.

Some historians believe the use of the word as a direct command most likely originated from the longer version, shut up your mouth.

According to The Routledge Dictionary of Historical Slang, the word shut up appeared in a slang lecture in 1858 “when a man… holds his peace, he shuts up.”

The Variations of Shut Up

There are many variations of the use of the word shut up in a bid to either make it more aggressive or less aggressive, while still retaining its meaning.

The vulgar and more forceful or aggressive use of the word shut up includes the fixation of cuss words as modifiers.

Modifiers like f**k and hell give rise to “Shut the f*** up” and “Shut the hell up,” which can also be communicated through social media and instant messengers as STFU and STHU respectively.

The use of modifiers like “heck” as a substitute for “hell” and “f**k” in “Shut the heck up” is less aggressive.

Another variation is substituting shut in “shut up” with shush or hush, which is way less aggressive, but still very imperative in tone.

This variation “shush up” and “hush up” are usually used by parents, teachers, and kids.

There’s another variation that substitutes mouth in “shut your mouth” with words like trap, teeth, chops, face, pie-hole, gob, cake-hole, crunch, etc., depending on the country and culture.

Another form of this variation involves replacing the whole “up your mouth” with “it,” as in “shut it.”

This variation is usually a forceful command.

The last form of variation of shut up can be a spelling change, slurring of words, or spacing.

These words can be shuttup, shaddap, shutup, shurrit, and shurrup.

Shutty, which is common amongst fans of The King of Queens series, used by Doug Heffernan, a character in the movie, is another variation of shut up.

Derivatives of the word also exist; a shut-up sandwich for instance is an indication for a punch to the mouth.

Alternative Meanings of Shut Up

Over time, the use and meaning of words changes.

This change can be rapid or slow, depending on how easily adopted it is by society.

In recent times, shut up is used as an expression of amazement or disbelief, with a noticeably surprise in the speaker’s voice.

At this point, you should be informed about the definition, origin, and evolution of meaning, the types of variations, and other alternative meanings if the word shut up.

When using it in conversations, you should consider using the appropriate variations, derivatives, and meaning where applicable.

Is it a bad word? It depends on the context. If one of your children are telling their sibling to shut up, then it’s not nice and they should be told as such.

While not the worst words in the world, children should be told that it’s not nice to tell someone else to shut up.

Why shut up is a bad word?

Yes and no. Shut up can be both a good word and a bad word, depending on the context.

The speaker and the listener’s interpretation may be different due to a whole range of factors.

Generally speaking though, it’s not a nice thing to say.

What can I say instead of shut up?

In a case where the speaker is trying not to be offensive, a phrase like “please be quiet” is more appropriate.

Is shut up a slang word?

Yes. Shut up is a slang word and not for formal use.

This is why it’s best to tell children not to learn it until they can learn the complexities of context. 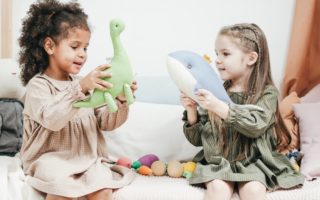 What To Do With Old Stuffed Animals 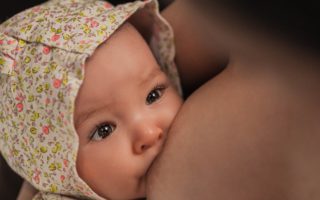 How Do You Dry up Breast Milk Quickly 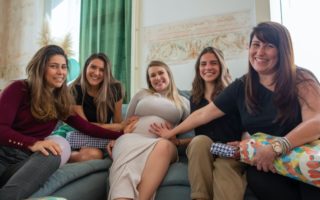 How Many People To Invite To Baby Shower?