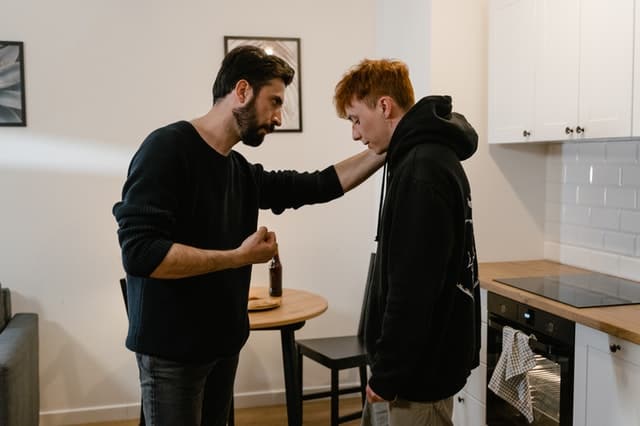 My son doesn’t care about me. Admittedly, a lot of us experience this during various points in our children’s lives.

When it comes to smaller children, they occasionally prefer one parent over the other, at least for a short period.

It’s heartbreaking, but there’s nothing you can do about it except to wait and love your son.

However, it can sometimes linger for years. After a while, the youngster will likely realize that both parents love him.

Sometimes your son will change, all of a sudden, and he seems to not care about you as he used to do.

It is not uncommon to hear the “my son doesn’t care about me anymore” dilemma from parents of young adults.

This is more common in fathers than mothers whom boys tend to cherish more.

My Son Doesn’t Care About Me

But what if this is more than just a phase? What if you have a strong suspicion that your son really doesn’t care about you anymore?

At different ages, this can indicate different things. For instance, the very young ones may be putting on a show.

When it comes to the extremely young, it’s possible that they’re trying on a new character in order to find out how the world works.

It could be a method for teenagers to beg for aid without coming out and saying so.

Adults, on the other hand, may simply require their own space while sorting things out.

It can be heartbreaking in any case. The purpose of writing this post is to show all of you parents, once and for all, that your child’s attitude doesn’t mean that your relationship with your son is over.

Even if he is screaming “I don’t care”, there are still ways to effectively make him come around.

If this is the situation with you, there is a good possibility that a solution has been found.

If this is your situation, there is a good likelihood that an emotional divide has grown between you and your son.

Some of the most likely reasons for this include the following:

1. You Don’t Care About Your Own Parents

If your son saw you behaving insensitively toward your own parents, it would have had a direct harmful impact on him to emulate you.

Consider if you’ve set a good example for your son to follow and improve on this area.

The majority of the behaviors that emerge as your son matures are the product of how you handled him in the past.

The first five years of parenting are crucial for the development of your son’s social and emotional skills.

So one possible cause for your son’s carelessness toward you could be your neglect of him during these early years.

3. Most of Your Son’s Fun Time was Him Being Alone or With Siblings

Have you observed any patterns in your son’s behavior as he’s gotten older? Was he always absorbed in himself?

Or maybe he has a stronger bond with his siblings than with you?

If this is the case, your son has always had a good time by himself or with his siblings and friends.

What to Do if My Son Doesn’t Care About Me?

Children frequently inform their parents why they are keeping their distance.

Unfortunately, what they’re saying can be difficult to hear at times.

Unbeknown to them, parents spend more time rejecting their sons’ complaints than thinking about how to repair the relationship.

This causes their son to be pushed further away and eventually get bored of trying to be heard.

If he believes that expressing his story will be futile, he will withdraw.

So what can you do about it? Here are some things that might help:

1. Make it Easy for Your Son to Open Up to You

Allow your son to explain if you’ve done something wrong if he appears unfriendly and furious.

Try to be an open-minded parent who welcomes all kinds of discussion with his or her son.

2. Become a Part of His Life More

There’s just so much privacy you can have. A parent should be able to enter his son’s room.

You have a right to know what your son is doing in his room, especially if he is alone there for long periods of time.

3. Be There for Him at All Times

When your child is having a difficult time, tell him over and over that you love him.

Take time to validate his sentiments by stating something like, “It sounds like that was a terrible situation.” You should let him know that you understand what he is going through

You should also work with your child to obtain professional assistance if the situation is pretty serious.

Explain that asking for assistance is not a sign of weakness.

4. Sit with Him and Ask Him About It

The simplest method to figure out why your son doesn’t care about you is to sit down and ask him.

Talking is one of the most effective ways to solve problems. This does not have to be a formal conversation.

In fact, make this conversation as informal as possible.

However, it may not be as casual as you think as your son may not even take it seriously.

Nevertheless, going for it is a good idea. You should start by inquiring about his personal life and situations.

While parents are full of affection for their children, they are also human beings.

Observing your son’s constant bad behavior can impact your own behavior toward him.

Now, even if it hurts whenever the thought “my son doesn’t care about me” pops in your head, don’t give up on him.

Instead, demonstrate to him that you care about him and will continue to do so regardless of what happens. Carelessness is killed by feelings of caring.

See a related post: Why Is My Child Acting Out All Of A Sudden

Why doesn’t my son care about me and I’m the only one?

If you’re thinking, “My son doesn’t care about me,” you’re one of the thousands of parents who have lost touch with their children.

You are not alone. Again, your son could be showing this behavior for a couple of reasons.

Is it normal when my son doesn’t care about me?

Parents have a great deal of love for their offspring, whether sons or daughters.

While this carelessness is definitely not normal, it is a common abnormality that other parents are going through as well.

What are some common indicators that my son doesn’t care about me?

Some common indicators of a son who doesn’t care about his parents include not speaking to them for a long time, not appreciating their presence in public, visiting them infrequently, and so on.

If your son’s carelessness toward you has recently increased, consider the stress in his own life.

It’s possible that he’s been engulfed by duties, relationship issues, or his new job. His aggravation may be keeping him away from you.

Try to analyze your son’s lifestyle if you notice that he is becoming increasingly uncaring. You can then talk it out.

If it’s actually getting out of hand, just convince him that the two of you need to seek some professional help.

Hold his hand to a counselor and he is likely to over his behavior.

Enid Kathambi
A safe space for women to meet and find support! 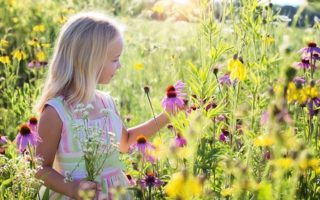 How to Wash Boppy Lounger 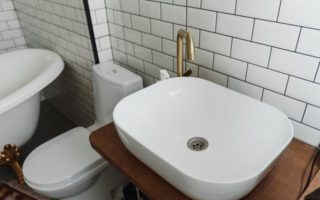 How To Unclog a Toilet Clogged With Baby Wipes