Learning when should a toddler stop using a Sippy cup is an important part of your child development and them transitioning from toddler to child. However, the Transition From Sippy Cup To Open Cup is not always a simple one.

The sippy cup is traditionally used for a toddler that is incapable of operating and drinking from open cups. However, most 2-year-olds are able to correctly operate open cups so the onerous falls on the parent to help with the swap over.

Some argue that the perfect age to transition between sippy cup and open cup is 1 year of age, but we will review the pros and cons of both below.

Editorial Pick: How To Discipline A Toddler

When Should A Toddler Stop Using A Sippy Cup

Learning when should a toddler stop using a sippy cup usually comes down to preference. The sippy cup advantages allow you to effectively leave your toddler with any liquids’ safe in the knowledge that there will be no spills. (well as long as they don’t throw it down on purpose!)

However, some experts disapprove of sippy cups for toddlers arguing that an open cup can be used from around 6 – 9 months. Whatever your position on sippy cups they will eventually need to be transitioned out.

Learning When Should Toddler Drink From Open Cup involves understanding what choices are available to your toddler. Sippy cups may not be the most suitable choices for all toddlers as they restrict the ability to learn more advanced motor and swallowing skills.

The function of a sippy cup is to assist in drinking but it is designed for younger children who may not have the necessary skills to use bigger cups.

Furthermore, the spout of the sippy cup prevents the front of your toddler’s tongue from lifting up during swallowing.

Here are a few ways to help the transition from sippy cup to open cup.

How To Teach Baby To Drink From Open Cup

By this stage, they will have developed the coordination and motor skills to pick up, drink from and put down an open cup.

Here’s how to teach baby to drink from open cup:

The key to knowing When Should Toddler Drink From Open Cup is to provide them with the ability to have the choice from as early as possible. The sooner they learn the motor skills necessary to operate an open cup the easy the Transition From Sippy Cup To Open Cup will be. 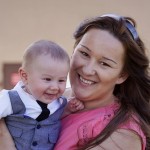 How To Discipline A Toddler Who Hits